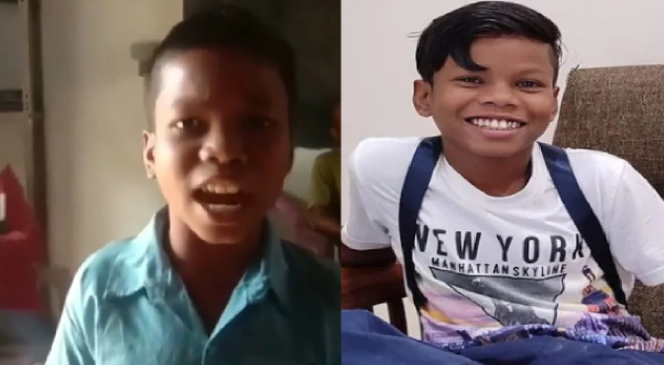 Childhood love fame Sahdev Dorado got injured in a road accident on Tuesday evening. Collector Vineet Nandanwar and SP Sunil Sharma reached the hospital and inquired about Sahdev’s well-being and instructed the doctors for better treatment.

After first aid, Sahdev has been referred to Jagdalpur Medical College. At around 5 pm on Tuesday, Sahdev was going in a two-wheeler with his friends towards Shabri Nagar. During this, the vehicle overturned due to wet and sand on the road.

Sahdev has suffered a serious head injury due to not wearing a helmet. The people present there took Sahdev to the district hospital Sukma. Where doctors put five stitches in the head. Later he was referred to Jagdalpur Medical College for better treatment. He took a bus, a horse, and a motorcycle, he reached the site of the accident and was instructed to take Sahdev to a hospital in Jagdalpur. With all efforts, Sahdev was sent to the hospital. Let us tell you that Sahdev Dorado became a hit on the internet media a few months back with his song Bachpan Ka Pyaar. An album was also made with Bollywood singer Badshah which became very popular on the internet media.